May 2018 will see the release of the latest version of Home Assistant. Home Assistant has been in ‘beta’ for as long as it has been generally available and it seems it is soon to be going to be released as a real ‘product’ if chat on the support chat forum on discord is to be believed.

Home Assistant recently changed the way releases are handled so as to release more stable .0 releases than has sometimes been the case and the accompanying up to 6 ‘dot’ releases to fix errors introduced in the new release. You can read about this new schedule here on the Home Assistant site.

As of now, the latest beta release of Home Assistant is version 0.70.0b1. I am a big fan of trying and picking up problems with beta software however if you are not so adventurous, you can just wait till 0.70.0 is officially released in a few days. Sometimes on the forums I see people having a lot of difficulty upgrading to a new version and it often turns out that they are upgrading from very old versions because they want some newly introduced feature. Unfortunately, every release of Home Assistant has a LOT of breaking changes and features and OFTEN they will change the configuration of a component. If you get behind by 10 releases, you really do need to go back and read through ALL the release notes for versions you missed to see if there are changes you need to make in your system so everything will work. Dare I say it is FAR easier to make sure you keep your system current and make changes as they arise with each new release! 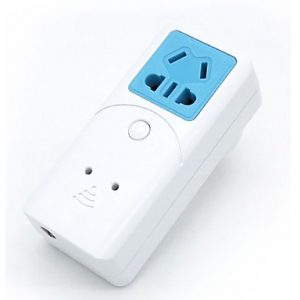 I also noticed that there were starting to be some posts about new Tasmota firmware being available. I’ve never been a fan of if-it-ain’t-broke-don’t-fix-it! So it seemed like a good opportunity to learn something new and upgrade the firmware in my sonoffs.

I also posted a blog post about the initial upgrade to Tasmota here. You might recall this necessitated opening up the switch and using PlatformIO to do a hardware flash of the board to run Tasmota as recent Sonoff firmware had blocked the previously available over-the-air upgrade method. However now that I have Tasmota firmware on my switches, I wanted to try the over-the-air upgrade built into tasmota.

First, it’s a good idea to become familiar with the Tasmota page on Github here. From this page you can see what the current release of the firmware is and download it. The direct download link for the latest firmware is here. There is also an upgrade section on the Wiki here. It is worthwhile reading that wiki.

Reading the wiki for upgrading as referenced above, I noticed there is a warning there that ‘Attention: Because of limited flash memory it might be needed to flash a minimal firmware version before flashing the actual non-minimal new firmware update.’

This turned out to be the case so in addition to the normal firmware, I also downloaded the minimal firmware. The firmware is downloaded from the page specified in the link above.