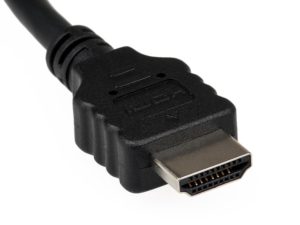 One of the awesome features of a Home Theatre setup or even just a modern TV equipped with HDMI is the ARC and CEC feature.

HDMI : In addition to being the ‘name’ of the connecting cable used with modern AV and TV equipment stands for High-Definition Multimedia Interface. There are numerous standards for HDMI – the latest standard is version 1.4 although there is a new version 2.1 that is higher speed. A lot of this is just marketing. A version 1.3 cable for instance as long as it is not longer than 2 meters will effectively work with 1.4 equipment.

ARC : Stands for Audio Return Channel. ARC was introduced into the HDMI specification from version 1.4. What ARC does is it allows one HDMI Cable to be used for both input and output. So think of it like this. You have a Audio Receiver that you plug all your various devices into such as a Blu-ray Player, a Personal Video Recorder, A Satellite Pay TV receiver etc. These would all plug into various inputs of the AV Receiver. The AV receiver then effectively acts as a HDMI switch and it enables you to switch to use any of those components and play the sound on the AV receiver. In addition to those inputs, it outputs the video to your TV. All is good so far. But what if you want to take the Audio from the TV and input that into the AV receiver like the other components? Well ARC lets you do this using the same cable so you do not need to run a second cable.

CEC : Stands for Consumer Electronics Control. This functionality in system components like AV Receivers, TV’s and Blu-ray players (for example) lets you turn on one device and it will automatically turn on everything else as well and set the input to the correct channel on the TV and AV receiver. It will also do some nifty things like let you use the remote control for the TV to control the Blu-ray player. It simplifies system setup and use greatly. Different manufacturers have different names for this functionality. Samsung for instance calls this Anynet; Onkyo calls it RIHD. For CEC to work it’s magic, the individual components must support it. If a component does not support CEC, it should just mean that you can not control that component in this manner but other components will work as described.

For instance, in my Home Theatre, I have the following components:

Yes* means that the device supports CEC and will turn on other components when it is switched on but the inter-operatibility of remote controls (eg using the TV remote to control that component) does not work. It will for instance with the Telstra TV turn on the TV, Onkyo and Telstra TV but the remote will only control the Telstra TV, Whereas with Vero, the TV remote can be used to control it as well as the TV and the Onkyo. I hope that makes sense.

So as you can see, if I am using the T-Box for example, I need to control it using the T-Box remote control as well as controlling the TV and Receiver with their own remotes.

I had a lot of trouble with the GEOSATpro satellite receiver. In addition to not being CEC compliant, it is also HDMI 1.3 standard which does not support ARC. This caused unexpected problems in my system. When this device was connected, it locked up the ARC functionality so ARC and CEC did not work with ANY component in the system. I found 3 possible solutions for this problem:

Just remember, unless there is a hardware fault, if you have any problems, there is ALWAYS a way! 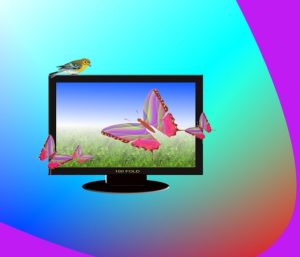